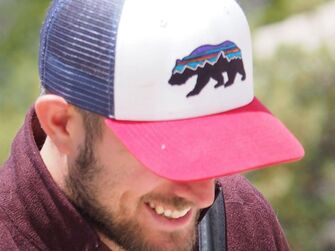 I got into video as a child making home videos on my parents VHS camera. To edit we would have to rewind the tape and re-shoot the scene. From there I progressed to Mini-DV cameras and created a Youtube page for me and my friends to put our goofy videos on. When it came time to pick a path post high school I went for what I had a passion in as opposed to what was safe so I enrolled in UW-River Falls in the Digital Film & TV B.F.A. program.

While in college I was involved with the student run TV show "Focus on U" where I took up various roles working my way up from camera op, audio board tech, live switcher operator, floor manager, writer, producer and eventually host. Also during college I worked with the campus TV Services which was in charge of renting camera gear to students and staff as well as filming campus events for playback on the local channel. The highlight of my college career came in 2011 when I was able to go on a self-directed extra credit course to China. My self-directed assignment consisted of a web series detailing the works of UW-RF graduate and founder of the 'Chinese Exploration and Research Society' Wong How Man. This series is listed on my video page as "Exploring China."

Following my college graduation in 2012 I have been working as a freelance videographer. My work has consisted of various projects some large like episodes of Extreme Makeover: Home Edition, I Forgive You, and Who Do You Think You Are? I was also AD and 2nd unit DP on the  film My Senior Year. And there were other projects including various independent films, music videos, weddings, web cooking shows, commercials and much more.

I continue to work as a freelance as both a project lead/director as well as a hired camera and work vigorously to perfect my craft.
​